Making an SD card out of 1960s transistors

Reading about flash memory, I was staggered by the astronomical number of transistors in such a small place I decided to see what it would take to make one of these using 1960s technology. 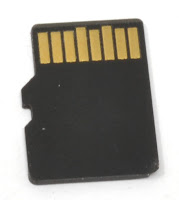 Transistor: I'll use a TO-18 package transistor. If like me you are from the UK and of a certain age, then the BC108 or BC109 will bring fond memories of Wireless World magazine and minor soldering injuries. In the US, I think the 2N2222 was more popular.

How many transistors are there in a 32GB SD Card?

Each bit of flash memory is made up of a single special type of transistor (called a floating gate transistor) that uses the quantum tunnelling effect. I choose to understand this to mean that you can write to the memory bit electrons get trapped in an insulated region and you can tell they moved (and so whether they are a 1 or a 0) by how much current flowed. That's my probably erroneous and over-simplified understanding, but hey, it works for me.

So, bipolar junction transistors such as the BC109 and 2N2222 have been around since the 1960s and can in fact still be bought today. These transistors are not capable of storing a bit of data on their own, to do that, you would need to arrange two as a flip-flop. But remember this is a thought experiment, as you've probably guessed, it isn't actually possible to build a 16GB flash memory from 1960s transistors.

Not only that, but the card will contain a whole load of transistors for control logic and caching. For the sake of this thought experiment, I am going to ignore this. So the answer is there are something like:
256,000,000,000 transistors in a 32GB flash memory

Making this with TO-18 Transistors 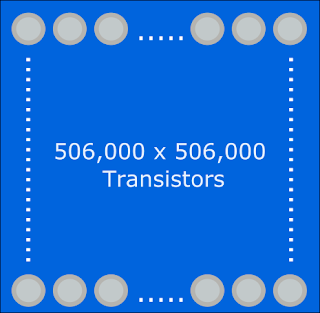 Each of our 1960s transistors is in a metal can with a diameter of about 5mm. If we assume that we need a bit of space around each transistor, then let's space them out to one transistor every 8mm. This means that each side of our array of transistors will have a size of 8mm x 506,000 or 4,048,000mm which is 4,048m which is roughly 4km (or roughly 2.5 miles)

Let's superimpose a square 4km on each side on Manhatten. 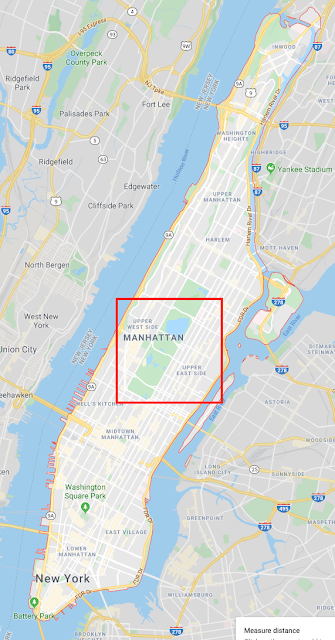 - and thats ignoring the much greater weight of what it was mounted on.

When it comes to power consumption it's pretty hard to make anything useful up, especially as the distances involved mean that it would have no chance of actually working, even if our transistors were suitable. But let's just assume it would need its own power plant.