I just wanted to share this fairly uninteresting result in case its useful to anyone.

So, with no further ado, here are the results. 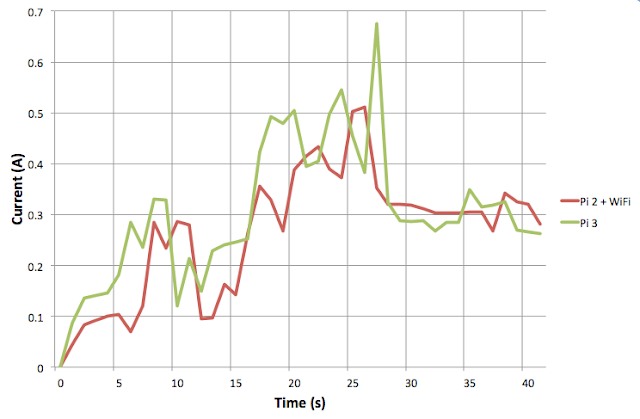 Rather as expected - much the same, both settling down to an 'idle current' of around 300mA, booting in under 30 seconds.

In answer to MrMobileWill, to take the readings, I used the following setup. 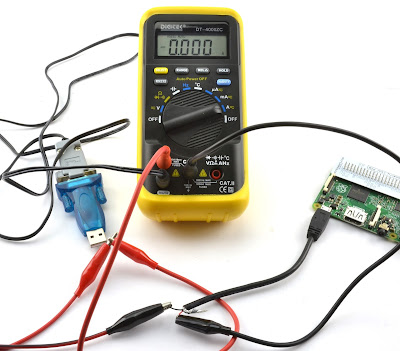 I sacrificed a micro USB lead, stripping the wires to get the black and red power wires. I then put my multimeter in current mode in series between my bench power supply (set to 5V) and the Raspberry Pi.

The software setup is a little complicated. So See my next post for details on how I did this.
Posted by Simon Monk at 4:32 AM

What did you use to measure the current?

Hi,
I've added a description of how I took the measurements to the post. I've also made a separate post on using my model of multimeter with a Mac and Python. Which is what I used to take the readings that I could then paste into a spreadsheet.